As a sitarist he has given several live concerts on the Indian National Television. He regularly appears on Western-European and American stages where he is accompanied by world-famous tabla-players. He also gives lectures on Indian performing arts at the Hungarian Music Academy in Budapest, as well as at other universities both in Europe and in India. He is Pandit Rajeev Janardan’s private disciple.

“Your Sitar is really singing and you have a joyful attitude as well.”
– dr. Veer Bhadra Mishra

As a theatrical composer he has won several prizes in Europe. He has contributed to more than 30 records with his music. His compositions have been awarded both abroad and in Hungary several times.

Since 2005 he has been organizing the series called Masters of Indian Classical Music. Due to his endeavours the most outstanding Indian artists have been able to show their talents to the Hungarian audience at Trafo and Müpa. Since 2003 he has regularly been appearing on air (and online) with his weekly programme called Alap on Indian Classical Music on Tilos Radio, which is the oldest and internationally acknowledged community radio in Hungary. 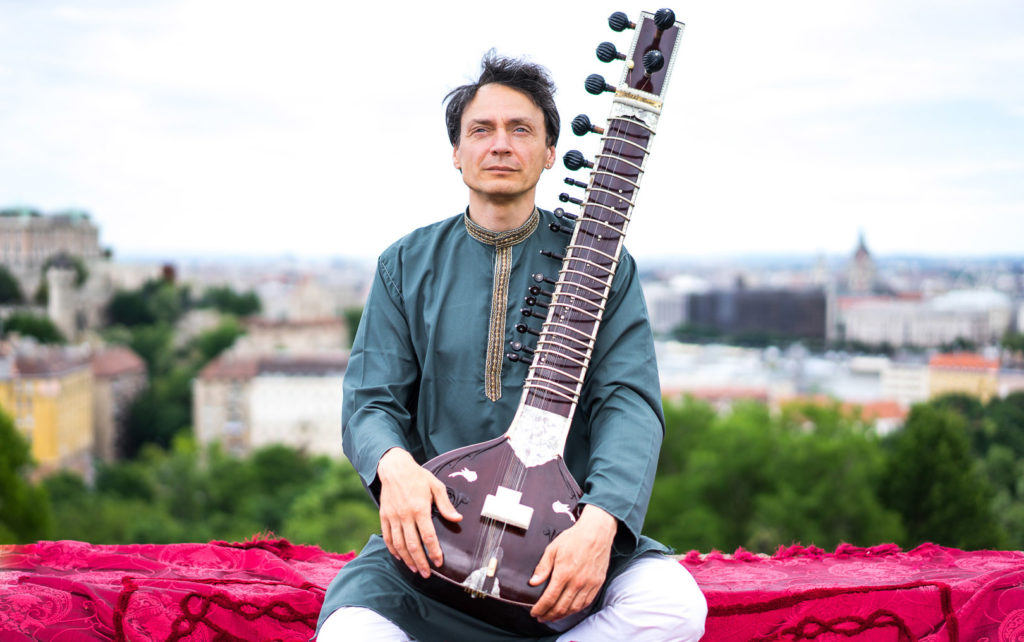